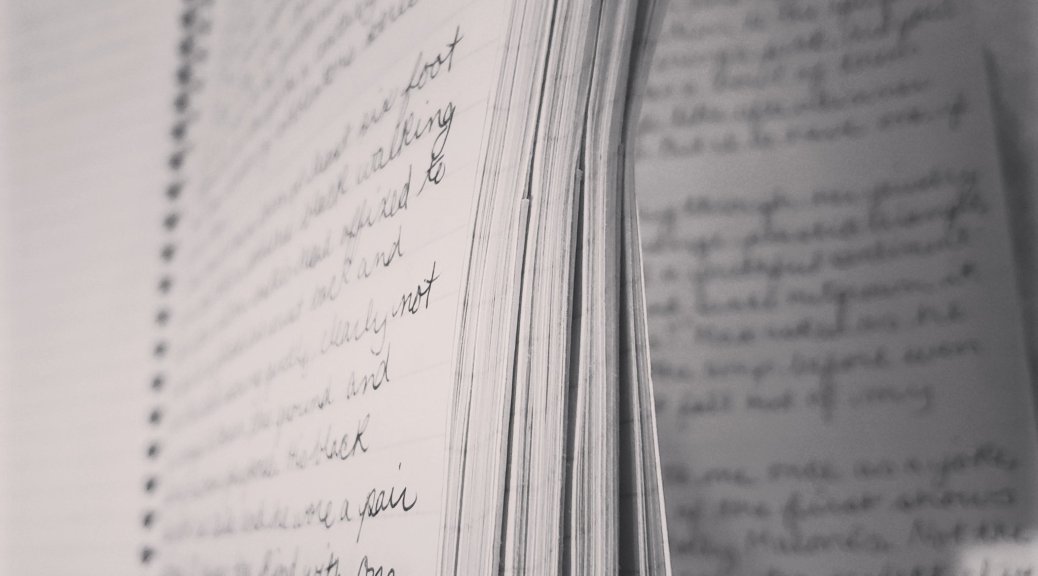 The short version: a demon, a haunting, the power of music, the purpose of literature, and what it means to create art.

I know it’s generally frowned upon to share much, if anything, about your work-in-progress, but I thought I should share a bit about the story that has taken over my life.

Many writers keep the details of their projects to themselves so they don’t lose the motivation to work on it if no one shows interest. If I were the type of person to get discouraged and lose passion for a project because no one was interested in what I share about it, I would have quit writing long ago.

The other reason people often don’t share details about their work-in-progress is the fear that someone will steal the idea. Most writers I know are consumed with their own ideas that they don’t need to steal anyone else’s. If you want to steal this idea and think you can do it justice, good luck to you. I would love to read it.

Once a year, a demon lord feeds off the energy of a concert crowd and the power of music. When his chosen musician quits his band and refuses to play, the demon lord enlists the help of the musician’s girlfriend to convince him to take the stage again.

Max hasn’t been the same since he gave up music. He won’t leave his apartment unless he’s forced, he goes days without sleeping, and he hears noises in the hallway. As a writer, his girlfriend, Madeleine, recognizes a creative slump when she sees one and knows he’s suffering from something much more serious. She’s worried a part of his soul will die if he cuts art out of his life.

Lord Anzelm, his servant, and a phantom known as the Specter convince Madeleine
of the importance of helping Max shake the obstinate spirit that has consumed him. But bringing music back to Max’s life would be the least of Madeleine’s problems if she knew what was haunting him.

My demon lord, Anzelm, is so much fun to write. I love his style. He knows what he wants, but he’s so convinced he’s going to get it that he takes a casual attitude toward everything. He has a servant who travels with him, a seven-foot-tall man who wears a tuxedo and those cardboard 3D glasses with one red lens and one blue. The Specter is basically a red shroud possessed by the spirit of Anzelm’s former lover. She can manipulate people’s minds, and although she rarely speaks, her voice is at an obnoxious pitch that rattles windows.

My favorite scene so far is one I may have to cut from the final draft, since it does little to advance the plot other than flesh out character motivation. The framing is off as well, since it’s basically a flashback as Madeleine is telling a story from her past to a friend as she explains how she and Max met in college. I might rewrite it as a standalone short story.

In this scene, Madeleine and a friend from her literary theory class have gone to see Max’s band play and judge if he’s any good. They’ve spent the first half of the semester listening to Max in the row behind them tell his “fan club,” a group of girls who are competing for his attention, about how he took a year off after high school to play music. They’re secretly hoping he’s full of himself, and Madeleine feels insecure after seeing that he has real talent.

After the show, Madeleine is trying to impress Max in the way only a English major would, by tearing down all the concepts they’ve discussed in class, complaining about which authors she thinks are overrated, and hyping some obscure book she’s sure he’s never read, all in an attempt to make her sound smart. He’s polite and takes all this in stride, smiling at her and then shifting the conversation to tell her how he would be happy for the rest of his life if he could just play music with good friends.

Notes on My Writing Process

I am writing this novel entirely by hand first and then typing up what I have. I haven’t written a novel by hand since my junior year of high school. It takes a long time, but the slow speed allows me to think about the plot as I go. I write in cursive in pen, and I like to use the same pen until I’ve bled it dry. One ballpoint pen lasts me about 25,000 words.

I also plotted this novel much more thoroughly than anything I’ve ever written before. I made index cards! And then wrote scenes that never appeared in my cards. Still, I have never been prouder of a plot.

In his possessed state, Max starts adding maple syrup to his coffee. I wrote this detail before researching, and it turns out that maple syrup is used as a natural sweetener. So, I had to try it myself. I traveled to New England this spring, and one of my favorite stops was this shop that had little paper cups for visitors to pour the varieties of maple syrup into to test them. It was awesome. However, if you are pouring maple syrup into your coffee, make sure it is 100% maple syrup. The cheap stuff in the grocery stores is almost entirely corn syrup. I have been spoiled by the good stuff and will never go back.

This story was loosely inspired by The Master and Margarita by Mikhail Bulgakov, emphasis on “loosely.”